Inspired by Emma’s autistic sister, Owl Song at Dawn is an uplifting and powerful novel about an eccentric spinster who spends a lifetime in Morecambe Bay, trying to unlock the secrets of her exuberant yet inexplicable twin.

Maeve Maloney is a force to be reckoned with. Despite nearing eighty, she keeps Sea View Lodge just as her parents did during Morecambe’s 1950s heyday. But now only her employees and regular guests recognise the tenderness and heartbreak hidden beneath her spikiness. Until, that is, Vincent shows up.

Vincent is the last person Maeve wants to see. He is the only man alive to have known her twin sister, Edie. The nightingale to Maeve’s crow, the dawn to Maeve’s dusk, Edie would have set her sights on the stage – all things being equal. But, from birth, things never were.

If only Maeve could confront the secret past she shares with Vincent, she might finally see what it means to love and be loved: a lesson that her exuberant yet inexplicable twin may have been trying to teach her all along.

Owl Song at Dawn will be released on July 1st, 2016 and is available for pre-order now.

Emma Claire Sweeney’s fiction is sensitive and stylish. She writes with courage, honesty and richness that demand to be read.

– Sally Cline, award-winning biographer and fiction writer, and Fellow of the Royal Society of Arts

A Secret Sisterhood is a non-fiction book about female literary friendship, which I have the great privilege of co-writing with my own friend, Emily Midorikawa.

It was our writing friendship that first sparked our interest in the creative bonds of our favourite female authors. Having blogged about this subject for the past two years on SomethingRhymed.com, we are delighted that Aurum Press and Houghton Mifflin Harcourt have now given us the chance to write about these stories in greater depth and share them with a much wider audience. 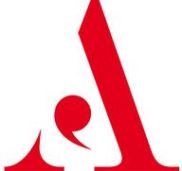 However, through our work on SomethingRhymed.com and the incredible tip-offs we’ve received from our readers, we have uncovered a wealth of hidden yet startling female collaborations.

Drawing on letters and diaries, many of which have never been published before, the book will resurrect these hitherto forgotten stories of female friendships that were sometimes illicit, scandalous and volatile; sometimes supportive, radical or inspiring; but always, until now, tantalisingly consigned to the shadows.

A Secret Sisterhood will be published in the UK and the USA in autumn 2017 to coincide with the Jane Austen bicentenary celebrations.

poems from the words of adults with learning disabilities 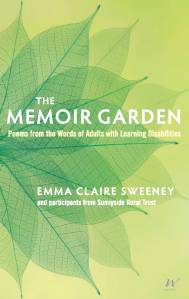 The Memoir Garden captures a wide range of expressions and experiences – from one woman who was told that she would never have a partner to another who held a large engagement party; from one man who recalled his father’s funeral to another who discovered his birth mother; from someone whose relatives no longer visit to someone else whose home is filled with friends.

But all these poems offer rare insights into lives that have too often been silenced. These voices are clamouring to be heard.

Emma captures the poetry of these lives with such grace and courage.  The voices make me think of E.M Forster’s ‘true aristocracy of the plucky and good’. In these voices I see how simply and directly to honor a meal, a friend, a bus ride to a known place, the honorable satisfaction of a job, the precious memory of a loss, the way something is known inexactly and yet cherished.

– Kim Stafford, American poet and essayist, and founder of the Northwest Writing Institute.