Those of you who follow SomethingRhymed.com will already have heard the good news that Aurum Press (UK) and Houghton Mifflin Harcourt (USA) are to publish A Secret Sisterhood. Jennifer Barr, commissioning editor at Aurum, said: “As a longstanding fan of the blog, I am thrilled to be publishing this book and bringing these exciting stories to light in the way they deserve.” 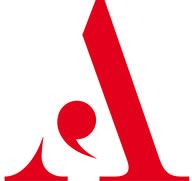 A Secret Sisterhood is a non-fiction book about female literary friendship, which I have the great privilege of co-writing with my own friend, Emily Midorikawa.

It was our writing friendship that first sparked our interest in the creative bonds of our favourite female authors. Having blogged about this subject for the past two years, we are delighted that Aurum Press has now given us the chance to write about these stories in greater depth and share them with a much wider audience.

However, through our work on SomethingRhymed.com and the incredible tip-offs we’ve received from our readers, we have uncovered a wealth of hidden yet startling female collaborations.

Drawing on letters and diaries, many of which have never been published before, the book will resurrect these hitherto forgotten stories of female friendships that were sometimes illicit, scandalous and volatile; sometimes supportive, radical or inspiring; but always, until now, tantalisingly consigned to the shadows.

A Secret Sisterhood will be published in the in autumn 2017 to coincide with the Jane Austen bicentenary celebrations.